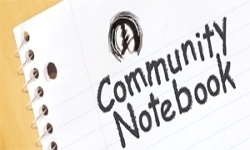 The Stanford Law School has teamed up with campus groups, advocacy organizations and others to host a two-day conference starting Monday devoted to the topic of advancing federal civil-rights law Title IX under the new presidential administration.

“The Way Forward: Title IX Advocacy in the Trump Era” will feature a speech on Monday, May 1, by Jon Krakauer, author of “Missoula: Rape and the Justice System in a College Town” and a panel on Tuesday, May 2, with Catherine Lhamon, the former assistant secretary for civil rights and Anurima Bhargava, former chief of the educational opportunities section in the Justice Department’s civil rights division.

Stanford Law professor Michele Dauber, who organized the conference with other individuals and organizations, said the time is ripe to continue to press for education about sexual assault and harassment, and the legal protections provided by Title IX. A description for the conference says there is “widespread concern that the new Trump administration may revise or roll back” efforts to expand Title IX enforcement under the Obama administration.

Dauber and conference co-chair Fatima Goss Graves, the incoming president of the National Women’s Law Center (which co-sponsored of the event), came up with the idea for the conference immediately after President Donald Trump was elected in November, Dauber said.

“Regardless of how aggressive, or passive, the federal enforcement authorities may be (sexual assault and harassment) is still against the law and it is still a serious social problem for women and other vulnerable students,” she said. “This conference focuses on what we can do to continue to press forward on the agenda to protect students from this kind of harm, and also to protect the rights of all students to a fair process.”

The conference will explore the rights of all students under Title IX — both victims and accused students — and “how those rights to be treated equally and fairly can be advanced as we move forward over the next few years,” Dauber said.

Beyond the two public events, the majority of the conference will take place in invitation-only working groups of experts, she said.

A $50,000 grant from the Herman P. and Sophia Taubman Foundation is funding the conference. It is also co-sponsored by the Stanford Program in Feminist, Gender and Sexuality Studies; Stanford in Government; and the Stanford Association of Students for Sexual Assault Prevention.

For more information and to RSVP, go to law.stanford.edu.

To read the full article: https://paloaltoonline.com/news/2017/04/29/community-notebook-title-ix-advocacy-in-the-trump-era-at-stanford