Girl Suspended After Being Sexually Assaulted In School Stairwell

Girl Suspended After Being Sexually Assaulted In School Stairwell

At one high school, two girls say they were forced out of classes after being sexually assaulted by classmates. Their allegations show why the White House is putting new scrutiny on K-12 schools’ handling of sexual assault cases.

On Oct. 13, 2015, a 14-year-old Native American girl was sexually assaulted by a male student in the stairwell of Eastern High School in Lansing, Michigan. A security camera captured the boy following his classmate into the stairway, exposing himself, and grabbing her hand and wrapping it around his naked penis.

The boy, who was also 14, was charged and pleaded guilty in March to one misdemeanor count of indecent exposure, according to prosecutors. But the school had issued a punishment earlier — against the victim. Before school officials even spoke to police about the assault, they suspended the girl for 10 days for “lewd behavior” for engaging in sexual conduct “regardless of consent.”

“What they did to that young lady is just appalling,” said Karen Truszkowski, an attorney for the girl.

It was the second time in a little more than a year that a girl of color had reported being sexually assaulted at Eastern High and had ended up leaving the school of 1,600 students as a result. Truszkowski is representing both girls, who say in federal lawsuits that the school failed to stop the bullying they faced, that their grades suffered, and the school blocked them from extracurricular activities.

The White House offered new guidance this week aimed at getting K-12 schools to improve their treatment of students who are sexually assaulted, emphasizing training on dealing with trauma. It noted that girls of color face disproportionately high rates of class suspensions.

The allegations against Eastern High School in the Lansing Public School District are examples of how a school’s response to sexual violence can do more harm than good. The district is one of 97 schools and school districts under federal investigation amid concerns they mishandled sexual assault cases in violation of the gender equity law Title IX.

The school district declined to comment to BuzzFeed News, except to send thescreenshot of a statement it previously sent to local media about the 14-year-old’s lawsuit.

In that case, the incident was actually reported by the alleged assailant. He went to a school public safety officer because he was worried that the girl’s boyfriend, whom the girl had told about the stairwell assault, was going to attack him. School officials then confronted the girl, who told them that the accused had groped her and tried to force her to perform oral sex.

School administrators reviewed security footage of the stairwell the day of the incident, according to the lawsuit, and concluded that it did not support her version of events. When the girl refused to retract her statement, the suit says, school officials suspended her. They wrote in a disciplinary action form that the girl engaged in “lewd behavior” and was an “active participant in a sexual activity” in the stairwell.

Police disagreed. After the girl’s family reported the assault to them, a Lansing police officer viewed the stairwell footage and wrote in a report that the girl “appears hesitant in the entire incident and does not initiate any of the contact.” The report noted that the girl did not appear to try to flee; the girl told school safety officers that she did not know how to get herself out of the situation. The police report concluded that the video supported a “majority” of her claims.

“The initial assault is bad enough, but then they’re treated poorly by the school, they’re afraid to go back to school — it’s one thing after another.”

During a meeting with the girl, her parents, and school district administrators on Oct. 22, 2015, Sharon McWilliams, a school official who handles disciplinary issues, agreed that the girl had not consented to the sexual activity but said she did not have a “strong enough no,” according to the lawsuit. The lawsuit goes on to say that the girl responded by asking McWilliams, “What did you expect me to do, hit him?”

According to the lawsuit, McWilliams suggested that the girl could have discouraged the boy by deflating his ego with a biting comment. “No, you should not have hit him, but you could have said to him, ‘Is that all you’ve got?’” the lawsuit quotes McWilliams as telling the girl.

(The school did not deny or admit this allegation in its response filed last month. McWilliams did not respond to a request for comment this week.)

School officials then told the girl’s parents that she couldn’t return to class until a plan was put in place to “curb [her] behavior,” according to the suit. After the girl returned to school in November, she was bullied and teased for being “boy crazy,” the lawsuit says. After she was suspended for a separate incident, not detailed in court documents, on Dec. 1, district administrators told her she would either have to transfer or take online classes, according to the lawsuit.

There have been other cases in Michigan, Georgia and New York, for example, in which students who reported being sexually assaulted were suspended from school. No data exist on how often this happens, but it occurs far more frequently than anyone realizes because so few of these cases ever become public, said Fatima Goss Graves, a senior vice president at the National Women’s Law Center.

Some schools have strict rules around sexual conduct, Graves said, and so when they get an initial report of a sexual assault, they’ll “discipline everyone and figure it out later — that’s the precise wrong thing to do.”

Truszkowski agreed. “It really does punish these young girls over and over again,” she said. “The initial assault is bad enough, but then they’re treated poorly by the school, they’re afraid to go back to school — it’s one thing after another.” 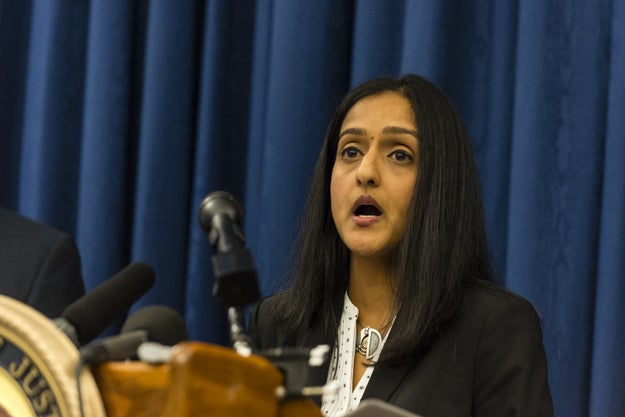 One of the training documents released Monday by the White House advised that when a child experiences trauma, like a sexual assault, some of the best responses from administrators include helping the student return to a normal daily routine.

A little more than a year before the assault in the stairwell, another girl, known as A.P., reported that she was sexually assaulted during lunch on Sept. 9, 2014, by Edward Darien Jackson, a star on the football team at Eastern High. While A.P., who was 17, was in Jackson’s truck, parked behind a maintenance building on school grounds, he overpowered her, sexually assaulted her, and at one point slammed her head into the door, according to A.P.’s lawsuit. After the assault, Jackson yelled at A.P. to get out of his truck and drove away.

When A.P. reported the rape that afternoon to Principal Donna Pohl, according to the suit, Pohl asked why A.P. was outside during lunch; the lawsuit quoted Pohl as telling the girl, “We suspend students for doing that.” Police arrived shortly afterward, took A.P.’s statement, and called for more officers to arrest Jackson at football practice.

At the suggestion of the officers, A.P. took a few days off from school to recover. But that proved to be difficult because A.P. began receiving threats and harassment online from strangers and classmates, according to the suit. A.P. was “too ugly to rape,” one online message said, while others told her to “kill herself” and called her a “whore,” according to court documents.

A.P. and her family didn’t know what to do or whom to turn to for help. “I had no idea what Title IX was or what a Title IX coordinator was,” A.P. told BuzzFeed News. The school district admitted as much, stating in court papers that it never told A.P. what rights she had under Title IX as a victim of assault.

“Nobody should have to fight for their right to have an education at school, especially after going through something as traumatic as I did.”

A.P.’s lawsuit alleges that her mother couldn’t reach school administrators to speak about safety concerns as a result of the online harassment. Because she was afraid to go to school, A.P. enrolled in online classes, and never returned to classes at Eastern High.

“It’s really unfortunate,” A.P. told BuzzFeed News. “Nobody should have to fight for their right to have an education at school, especially after going through something as traumatic as I did.”

Jackson, the assailant, later pleaded no contest to third-degree criminal sexual conduct and was sentenced to 7 to 15 years in prison. He’s serving his time at a corrections facility in northeastern Michigan and is a registered sex offender. The accused in the 14-year-old’s case is on juvenile probation following his plea.

The White House is tying its push on improving responses to sexual harassment at the K-12 level to barriers that female students — especially minority girls — face in trying to get an education. Girls who feel unsupported by their schools after an assault or harassment may disengage, skip class, or act out in other ways that gets them in trouble, a 2015 report on the topic said. This in turn feeds an “abuse-to-prison pipeline” that steers girls into the criminal justice system.

“If we don’t address the harm, if we don’t deal with the trauma, and if we don’t understand the pain that young people experience in school, where do we honestly expect them to end up later in their lives?” asked Vanita Gupta, head of the Justice Department’s civil rights division. “How do we expect them to succeed when the deck is stacked against them and the system offers little support to help? These questions are not rhetorical. They are real.”

Truszkowski offered an additional reason why schools should shape up: avoiding litigation. Had Eastern done more to address the harassment and been more supportive of the 14-year-old or A.P., Truszkowski said, there wouldn’t be any lawsuits against the school district.

In addition to seeking damages for emotional distress and out-of-pocket expenses, the lawsuits also want to force the Lansing School District to reform their policies on how they deal with sexual assault and harassment, to better comply with Title IX.

“Schools need to take the necessary steps after an assault happens,” said A.P., who has since graduated from Eastern with credits from her online courses. “Yes, it’s unfortunate this happened, but I feel the school is just as responsible as anyone else for making sure the victim is taken care of so they can heal properly.”

Tyler Kingkade is a national reporter for BuzzFeed News and is based in New York City.
Contact Tyler Kingkade at tyler.kingkade@buzzfeed.com.